Not all online banter deserves to be heard.

I read a lot of bullshit online. The comments on a sports media outlet’s Facebook post. A random thread identifying all types of abuse and sloven behavior on Twitter. Once I read about a man who had a Jolly Rancher in places one should not have them. And that brings me to Reddit. The front page of the internet. The place I’ve likely read as much as multiple volumes of Dostoyevsky. The time sink of the internet.

In 2007 I really hit blogging hard. It gave me a way to voice different ideas about marketing and the freelance jobs I was taking at the time. It was interesting and I made quite a few acquaintances during that time. People that I still see tweets from and the occasional Facebook post. But back then we were like a community. We had sites like Entrecard and Stumbleupon to engage us and to bring us new visitors. We lifted each other up. I remember helping a fellow blogger put together a graphic for his sidebar. Someone else stopped by and helped me fix css on my site. And we all marveled at the large audience blogs. Heck, I even posted a guest blog post on one of them, and a few others. The site where I used to blog was purchased 13 years ago and I named it jasonboom.com.

Today I decided not to renew that domain.

It’s been gone for a few years now in all actuality. I have a backup of it, but it’s not online. I’ve thought about putting it in a separate directory for old time’s sake, but I don’t think that’s going to happen anytime soon.

That transition, from owning to not owning the domain, started me thinking about what it is I do with my time now compared to then. Back then I didn’t have a smart phone. I logged many hours reading blog posts, writing blog posts, bettering my website. Then Twitter came along and I hopped on there, like so many other bloggers at the time. We engaged and had fun, but somewhere along the way I lost my voice. I stopped interacting on sites. I only consumed the content, and rarely made myself heard. In an online game I used to play our officers had a policy that new members could only read the text of the chat, but they couldn’t communicate until they verified with us that they read the rules. We called them window lickers. The look but not touch users of the digital era. I feel like that now and I’m not sure I know how to really engage in modern social media. It’s all a bit overwhelming. Even Twitter seems like a giant vacuum of smart people all clamoring for attention.

My life changed too around the time I started blogging. I was recently married in 2007 and we welcomed our only daughter in 2009, so there was a short window where I was a newlywed without much disposable income. And during that time I enjoyed the golden age of blogging. I miss it.

Sure I have more I can do today. I have better toys, a bigger house, a job that’s way more fulfilling. But I’m still missing something from that time. So I decided why not try to bring it back, even if no one is listening. Here. On this blog. Where I can again find a voice among the many online. I can stretch my imagination. I can recapture what has been lost among the comment threads, social media snapshots, and the ten second attention span.

And maybe, in the process of enlivening this site, I can also cut down on the phone use. I can stop reading the meme driven comments on Facebook. I can put down the dull threads of chaos on Twitter. I can dive into the interesting ones on Reddit and stay away from the time sink as much as possible.

Maybe. We’ll see. At least, this feels like a start. 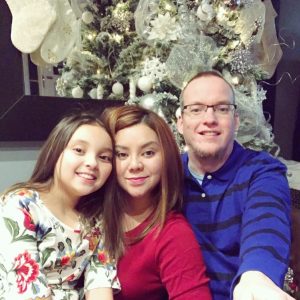 It’s 2018 and if the weather has any say, I’ll never go outdoors again. It’s currently -9 with about four inches of snow on the ground. The snow doesn’t bother me too much, but the cold can turn around any day now. With a new year comes the inevitable thoughts about what to accomplish, and, dare I say, resolutions. Before I get into any of that, let’s look at 2017.

In 2017, I joined a U of I research group where I was/am asked to exercise everyday, which may or may not include going to the gym. I did go to the gym, quite a bit actually, from July – September. Then the temperature dropped and my walk to the gym was less than ideal. I started going less and less, until now it’s been a few times a week thing rather than every morning.

But that’s not all bad. I was able to lose twenty pounds and build up some long lost muscle during that short time period. Number one on the resolutions will be to maintain a three day a week gym attendance and get my steps back up to a decent amount. Too much chair surfing for my age.

I also improved my programming skills considerably in 2017. But I didn’t dive into many new languages — although I did tackle Java for a bit and made it about halfway through the book I bought on the topic. I also learned a great deal about javascript by making a full on single page application. I did some things there that I would’t do again, but and come to think of it that’s probably a whole ‘nother post by itself.

This year I’m taking a bite out of Apple.

I’ve been pushing myself lately to learn Swift 4 (partly due to my new Macbook Pro — Yay! toys), but also to improve my understanding of WordPress plugins and PHP in general. 2018 marks the fourth year that I’ve been a full-time web developer and the second year that I’ve been the lead developer at The News-Gazette. I want to share my understanding so that I can better speak about the technology I use everyday with the people who visit, but also so I can improve my storytelling as it pertains to programming.

So in reference to programming, I’m not looking to write each challenge, only the ones that I think will help me uncover the depths of the problem and explore how I might have done things a different way. I call it leveling up, diving into that recent dark cave and shedding light on all the monsters that I laid waste to along the way.

Programming efforts this year include:

I’m not going to apologize for the trite resolution post on the first day of the year. But I will say this may have only come about due to the blistering cold. Leave me a comment with how you plan to level up in 2018.

I’ve jumped into the stereotypical slop of the new year. I have it hanging all over me, like the coagulating goop from a Nickolodeon game show. So while I’m sitting here reveling in my ooey-gooey goodness, I figured I better write out what I hope to do with  myself in 2013.

These goals are largely to help me motivate myself against the reigning monotony of everyday work-life. Before I go any further, I had a moment this morning after reading a damn, fine passage in “Boy’s Life” (on break at work, of course), where I saw myself growing old behind these cubicle walls. It’s not exactly a revelation, but more of a fact at this point. We need money to survive and I do love my job. So, if I’m going to be sitting enclosed by gray fabric walls for the next couple decades, I might as well have fun doing what I love outside of work, and also step up my game while behind those crushing gray plates.

Goal number one: Write more. As a personal hobby, writing has become less and less a part of my life in the past five years. That changed a bit in 2012, as you’ll notice from the blog, but I want to write a bit more seriously. And, I’ve given up on the novel for the time being. I’m called to the short story form, and that’s OK. I’m not in it for money, prestige, or fame, so the short story vehicle works for me and my voice. I’ll stick to it and write more often.

Goal number two: Exercise. As I mentioned, I have the newness of 2013 coating me right now. I’m feeling newborn alive, screaming and wailing against the very things that oppress me. That and I’m fat. I went to the gym two years ago and cut 20 pounds. I’ve re-upped my subscription to a gym closer to home and cheaper by $10 a month. It’s on. Going to start on the 1st. Goal is to workout three times a week.

Goal number three: Quit smoking. Some of you may not know this, but I’ve struggled with smoking for the better part of the last five years. I’ve quit numerous times, only to return to the dark habit out of fear, loathing, you name it. 2013 is going to be different. I shall quit the thundersticks once and for all. Boom.

Goal number four: Read more novels. I did decent this year. Che and I stripped television out of our lives like a deadbeat tenant who was behind six months on rent. I only watch the occasional television show nowadays, clocking less than five hours a week in front of the glowing god. In it’s place, I’ve read a few books this year. I really want to step it up. I’m going to try for 36 books this year. I’ll be doing the Goodread’s challenge, so you can check up on that goal if you so desire.

Goal number five: Learn a programming language (python or PHP). I don’t have to be expert status on this by 2014, but workable understanding would be good.

Goal number six: Enjoy my family and nature. Last year we took our first family camping trip. We headed to Lake Shelbyville and had a heck of a time, save for the nasty lake virus Aleah brought home. This year I would like to camp in Tennessee for a weekend, a few state parks, and just have a good time with my wife and daughter.