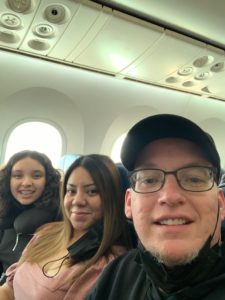 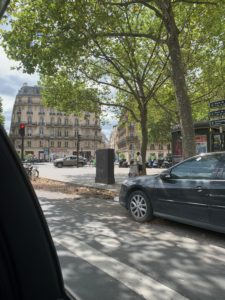 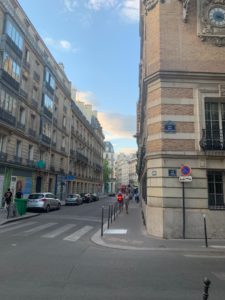 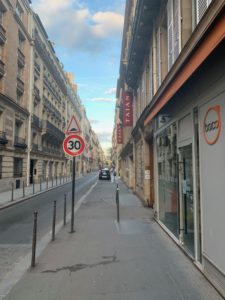 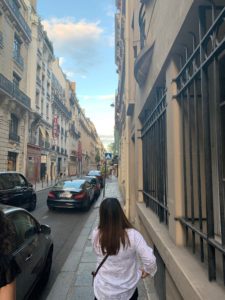 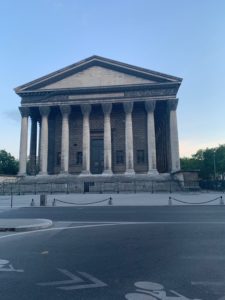 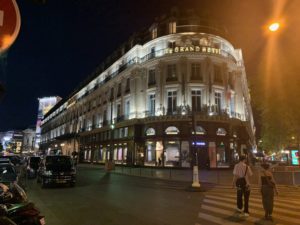 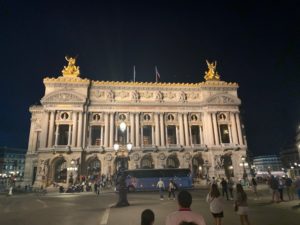 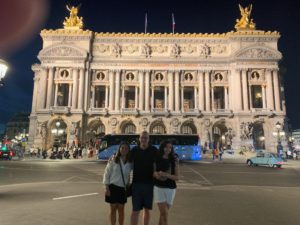 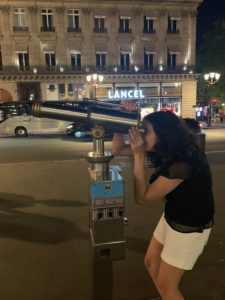 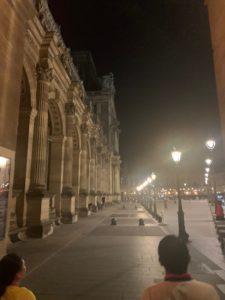 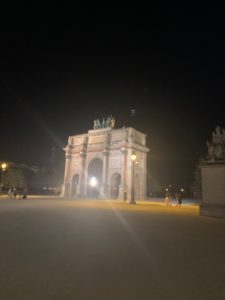 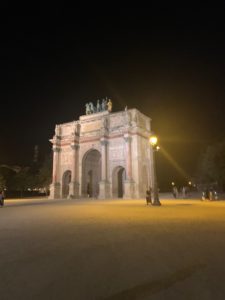 We did it folks — we stepped out of our comfort zone and traveled to Europe. It was an amazing trip full of culture, good food, and great company. I thought it might be fun to revisit some days of the trip through a series of blog posts — mostly so I can remember these details in the future. I unfortunately wasn’t journalling during the trip, relying on my faulty memory banks to capture the important bits. So let’s start with exiting the US and entering CGD, Charles de Gaulle Airport.

We left our home at around seven in the morning for a flight from O’Hare to Dulles that was to leave Chicago at one in the afternoon. That flight may have traveled on time, but when we checked into our United flight we were upgraded to a direct flight out of O’Hare that left at 6:30 PM. Unfortunate that we’d left so early but we made the best of it by relaxing in the world’s most uncomfortable airport seating and by eating at a terrible restaurant. Good times.

The flight was to Charles de Gaulle Airport and took a bit more than seven hours, I believe. Upon landing, we were shuttled off the tarmac by a bus that took us to an entry point of the airport where we waited for customs for about thirty minutes, where at the end they stamped our passports and sent us on our way.


Our friends also arrived at the airport maybe thirty minutes before our flight arrived. So we were to meet them at the train terminal that’s in the center of the airport, but they weren’t there. We had to use the phone and call them, where we switched back and forth with different locations. Our phones were dying so we decided to meet them at the hotel rather than run around trying to find them in that enormous terminal.

We took a taxi after talking with the helpful folks at the information desk. The taxi was a flat rate, but by this time, Aleah was not feeling well. She was hot, overheating from the lack of air conditioning and the rather steamy day in Paris. The car ride didn’t do her any favors and she felt like throwing up the whole ride to Hotel Cordelia.

But we made it rather quickly. We arrived at Hotel Cordelia near the Opera district in Paris. The hotel is a boutique hotel that had the front desk personnel to match. A rather fiery manager helped check us into our room.

The first meal we had was a Japanese restaurant down the street from the hotel, a mere half block walk away. Aleah and I ordered some food, but she started to feel ill again, so I took her back to the room. Our food came back with Che to the hotel about an hour later. We took a short nap and then took to the streets of Paris for a night walk.

We walked to the Louvre as well as a few older buildings. Paris was alive at night with young people riding electric scooters, a carnival near the river with ground level bungie jumps, a few carnival rides, like a massive swing ride that lifted riders off the ground fifty or sixty feet in the air before twirling them like a top, some snacks like cotton candy and other familiar treats, as well as another spinning ride that Aleah rode with Noah (the second night we were in Paris, not that first one).

We took photos in front of the glass pyramid entrance of the Louvre and a few other places around the city.

The walk to the area where the carnival was took maybe twenty minutes from Hotel Cordelia. As the evening wound down, we spent some time in the interior courtyard of the hotel just talking to our friends before going to sleep in Paris.